New Generations of Catholic Sisters: The Challenge of Diversity A lot of conflicting and confusing information swirls around about religious life, including purported statistics about where the vocations are and are not going these days. What’s missing from these assertions are actual numbers and reliable research. Happily, solid sociological investigation and analysis about younger generations of women considering and entering religious life in the United States can now be found in a new book, New Generations of Catholic Sisters: The Challenge of Diversity.  Written by three academics, two of whom are Catholic sisters, almost half of the book consists of statistical analysis of two surveys of women religious, but don’t let that put you off. The results are explained in well-written, accessible language that raises many issues and questions. This book is intended to jumpstart some urgently-needed conversations.  “The ecology of religious life in the United States…deserves a scholarly and sustained analysis devoid of both ideology and fatalism,” say the authors in their opening chapter.
In that spirit, the reader then learns that there are a good many assumptions that do not hold up under scrutiny, such as the oft-repeated but inaccurate “fact” that traditional communities are getting more vocations than those that tend to be less traditional. It turns out that the majority of communities of all types are experiencing the same serious drought – except for a significant few communities that are getting a lot of vocations.  That’s good information, because it allows an analysis of what those groups are doing differently than the ones that aren’t attracting anyone.  So what are some of those things?  Well, for starters, they are proceeding with vocation work that is refreshingly “devoid of both ideology and fatalism.”  The communities, both LCWR and CMSWR-affliated, that are attracting new members, have found ways to accommodate the desires and preferences of younger generations without falling into the trap of labeling them “conservative” or “liberal”. As the authors point out things like a desire to live communally or pray in a certain way might be interpreted differently by an older cohort than they are by a younger. Such interpretations left unexamined can lead to misunderstandings that become barriers to vocations. “It is necessary for the members of each generation – and of religious institutes disproportionately dominated by one generational mindset – to make a conscious effort to see religious life through the eyes of the other. Without this willingness to search for mutual understanding and to hear each other’s truth, the prophetic witness of religious life, so necessary to the Church, will be weakened.”
Generations have their own social locations, characteristics, interests and priorities that derive from their historical location, and these differences are explained and examined at length in this book. The mistakes and excesses of one generation are balanced and corrected by the next, and then those of that generation are shifted back by the one after. This is also true in religious life.  This need not be a serious problem, according to the authors, if an institute has a clear enough identity and an effective way to communicate it to those whom it wishes to attract.
The importance of a clear identity in sustaining the life of a religious community cannot be overstated, because if different generations are interested in emphasizing different aspects of that identity, it needs to be robust enough to encompass the shifts. Again, the researchers touch on questions of communication when they write, “ If religious institutes do not do the hard work of defining themselves, they will be defined by others, and the definitions of others may not adequately capture their distinctive identities. Further, the institutes’ own expressions of their identities may have become overly diffuse and vague, making definitions on websites and in periodicals difficult to articulate and harder to understand.” That the question of misunderstood identity and purpose is a central and enduring theme of both the LCWR investigation and the Apostolic Visitation also lends credence to this assertion.
The concluding chapter of the book makes specific recommendations and suggests actions for institutes that desire to attract younger members to vowed membership, because otherwise, they write, “ the future of religious life in the United States would appear to be in peril – unless concerted efforts are made to reach out to those who, surveys tell us, have considered religious life but did not choose to enter it.” Reading this well-written and informative book is an important step in answering that summons to act.

Highly recommended for anyone in a religious community, and especially those working in leadership and vocations.
No comments:

WHAT DO YOU PICTURE WHEN I SAY NUNS?
A black and white habit. .... Whoopi Goldberg in Sister Act. I used to picture these things too, until I met the Visitation Sisters of Minneapolis.... read more....
1 comment:

Email ThisBlogThis!Share to TwitterShare to FacebookShare to Pinterest
Labels: community

Just an update on the ecovillage, house, community.

Ecovillage: I'm enjoying the ecovillage community and our shared interest and enthusiasm in building community, growing natives and edibles and in practical sustainability. Regular gatherings, both formal and informal, planned and spontaneous, shared meals and shared fruits of the harvest.

House: Our rental house is for sale by the landlord, I'm meeting with the landlord next week to find out more about the status of the space and whether or not I can stay. The soil and biodiversity here is so much better than when I came. I identified 30 species when I arrived, mainly of the weed variety. I've added almost 50 perennials, mainly natives and edibles, and another 30 annuals, veggies, herbs and flowers. I would love to stay, but not sure if that will be possible.

Community: I have had several sisters express interest in joining in an intentional inter-congregational community of sisters. Some great women and great energy. I look forward to further conversations with them and others who may be interested. I also hope that some of them will be ready and able to join me in this project, wherever we may eventually land.

So though there is a lot that is up-in-the-air, I believe that the Spirit is flowing and hope and pray that I can flow with that energy as we live into the future of religious life.

I also have to thank and share the article of Sr. Susan Francois on the shifting conversations.

Love Is Always the Answer 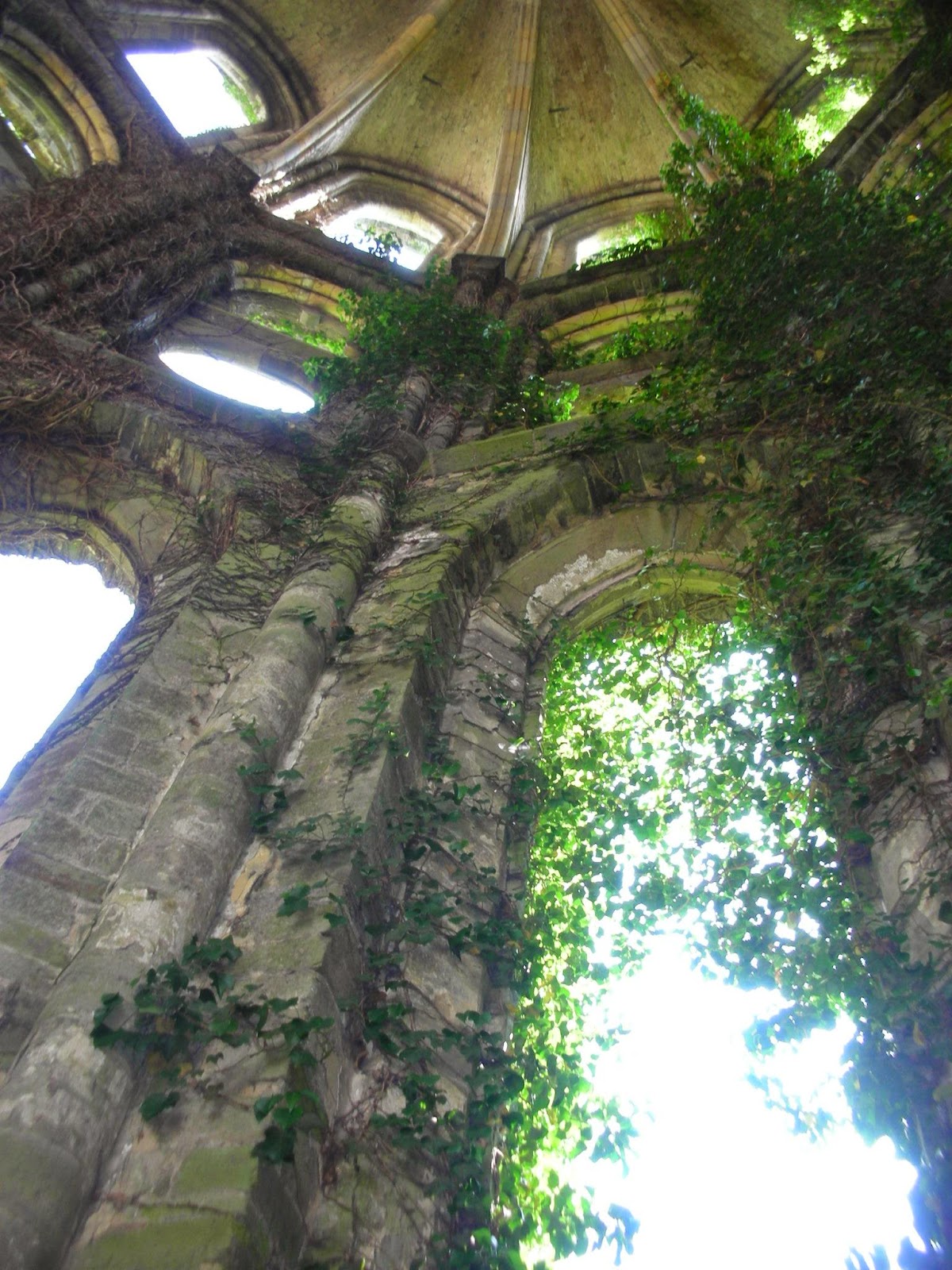 Jesus’ story can never be captured by reading it alone. Others come to know it in the breaking of the bread and in the sharing of our lives together when we gather in Jesus’ name. Jesus is the foundation, the gospel is the task, and community is the process.
In small, local communities we can share life that is undifferentiated, immediate, and egalitarian. These communities can network to share services while affording each community the freedom and versatility to adapt to its local reality. Resisting the drive toward centralization, they can become circles of gospel living, peace, and justice. They can be mystics and prophets in a world desperately in need of them.